One of the Largest
in Southern California

The original organ was installed when the new Westwood sanctuary was built and consecrated in 1951. The fine 31-rank Möller organ was given by Pearl Ellis Helms in loving memory of her parents, Elizabeth and Thomas Ellis, and named the Ellis Organ.
.
Charles Shaffer as Organ Consultant
By the 1990’s the organ needed re-leathering and renovation to return to its original functionality. Members and friends of the congregation raised about half the total funds needed for the re-leathering, and renovation project. At this point, Charles Shaffer was asked to become the organ consultant for Westwood Church.
.
Charles began with suggestions and proposals on how to best realize the restoration goal. Soon his vision for something better began to occupy his thoughts. A desire had also come to him to provide a lasting tribute to his wife, Phyllis, who was in failing health. After sharing these thoughts with Phyllis, he presented the church with a check, which more than doubled the amount of money available for the organ restoration. Plans to rebuild the existing instrument were abandoned and the focus was directed toward a new organ that would be musically distinctive both in scope and design – dedicated to Phyllis. Members and friends of the congregation provided funds for the Solo division that was to come later.
.
Expansion of the Organ in 1995
The Schantz Organ Company (Orrville, Ohio) was contracted to implement the organ expansions. From the beginning Charles Shaffer and Burton K. Tidwell, then tonal director at Schantz, worked closely to create this unique musical instrument. Charles wanted to save what could be used from the existing instrument so the original memorial gift would continue to the future. Ernie Wolfe provided church management for this important organ project. Most ranks of the original Möller were retained (completely revoiced) and the two blowers, their reservoirs, and various wind lines also were retained. Many stops were added, and a new 4-manual console was built and installed. This new, revitalized organ was dedicated with Charles’ wife, Phyllis, in attendance. After Phyllis Shaffer’s passing, at the suggestion of a number of members of the congregation, the church’s Board of Trustees named the instrument The Shaffer Memorial Organ.
.
In remarks written for the 1995 organ dedication brochure, Mr. Tidwell said of Charles, “His desire to explore possibilities beyond the ordinary, and then see that they could happen, has challenged and expanded my own concepts of organ building. Mr. Shaffer’s vision and generosity have provided all of us with a lasting legacy.”
.
After the Schantz Organ was installed in 1995, Charles listened and played the instrument and could hear more that was needed to express his desires. Some additions were made immediately. But it was obvious that a unique approach was required to achieve Charles’s vision, including both pipe and digital voices.
.
The Second Expansion of the Organ in 2002
Burton Tidwell, who no longer was associated with Schantz, was asked to continue working with Charles to design a new organ system. Paul Gerard became the church’s interface manager for this and future organ expansion. All funds for this organ expansion were paid in advance by Charles to the church before contracts were signed. Walsh & Tidwell Organs installed the necessary new organ components (chests, pipes & digital system) under Tidwell’s direction in 2002. A new 4-Manual console was built per Charles’ specific designs by Robert Turner. Digital components were supplied by Allen Organs per Tidwell’s explicit direction.
.
The Gallery Organ
Charles elected to add the Gallery organ as a memorial to his brothers, John and Roy, and as a tribute to other living members of his family. New construction was required. Charles specified that the church fund build and prepare the balcony physically for the Gallery addition before he would fund and build the Gallery Organ. Private money was raised by members and friends of the congregation to build this upgrade. The upper balcony area was rebuilt under the design & direction of Paul Gerard, Trustee Chairman, to complement the existing building. The platform supporting the Gallery organ rests on large I-Beams. Platform design was approved and work coordinated by Los Angeles city inspectors to meet building and fire codes. The entire balcony alcove was resurfaced and redecorated to welcome the new Gallery Organ. It was a special bonus that the Gallery Console, also built by Robert Turner, came from these church funds also. Other additions occupied Charles for the rest of his life.
.
The Shaffer Memorial Organ
Charles was pleased when The Shaffer Memorial Organ was selected to be one of the featured instruments at the National Convention of the American Guild of Organists held in Los Angeles in 2004. Paul Jacobs, the chair of Julliard School Organ Department, played that important concert.
.
The Shaffer Memorial Organ is heard weekly in worship, at special events and is featured in the Summer Organ Concert Series presented each year. 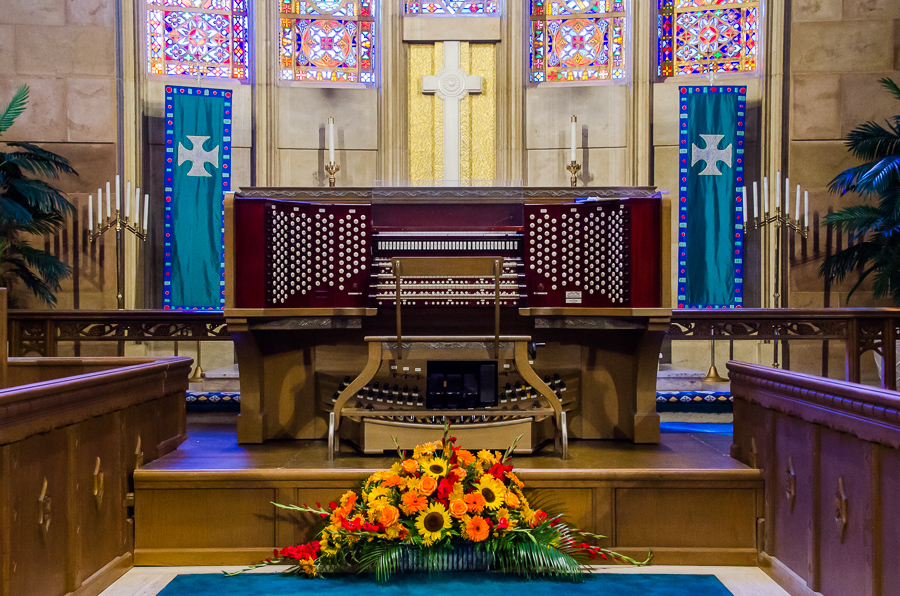 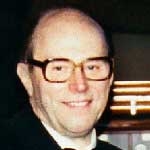 Charles Shaffer passed away on May 2, 2009 at the age of 78. The Shaffer Memorial Organ is one of the largest organ installations in Southern California and crowned Charles’ lifelong commitment to the Church and its music. These interests began when he was a child in Akron, Ohio, and continued through his receiving two degrees in organ performance from the University of Redlands. He had a long career of teaching and playing the organ for several Southern California congregations. His generosity to the Westwood UMC’s music ministry also included seed money for an endowment fund to care for the instruments. Charles also gifted five pianos to the Westwood UMC (in memory of his parents and his wife’s parents), a Falcone concert piano for the sanctuary, and four other grand pianos to enrich the church’s music program.
.
Click here to download the complete stoplist.