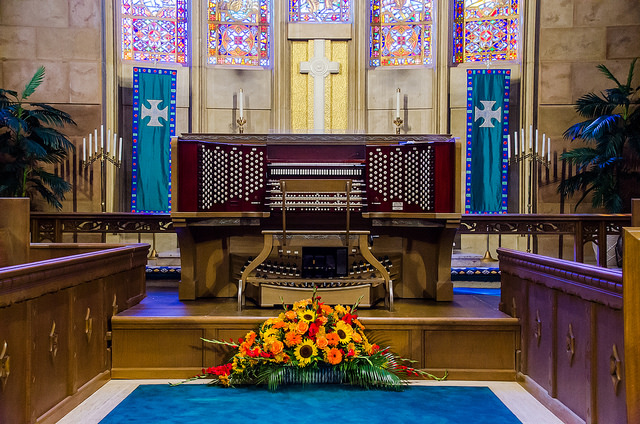 IN PERSON & VIA LIVESTREAM

Join us in person at Westwood UMC or via YouTube livestream for three 60-minute concerts by world-class organists performing on the landmark Shaffer Memorial Organ in a magnificent cathedral setting. FREE ADMISSION.
.

FREE ADMISSION & FREE PARKING: Abundant secure parking is available for all events at the church below Belmont Village, the building east of the sanctuary. From Wilshire Blvd., use the driveway by the main steps in front of the sanctuary and proceed under the overhang to the underground parking lot. Please observe the signs that identify which spaces are for church use. After parking, proceed to the stairwell and elevator located at the church end (west end) of the parking structure. 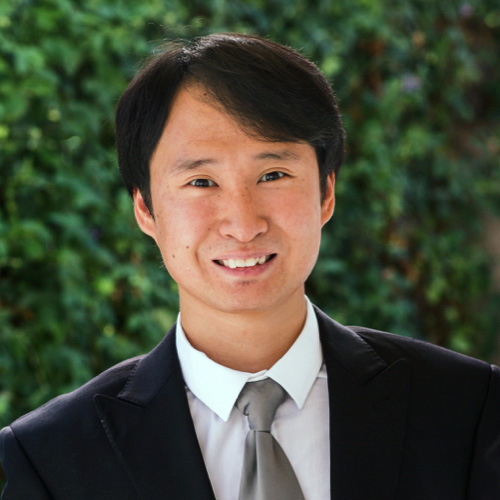 Dr. Weicheng Zhao is the first Chinese native to win international pipe organ competitions. He was a featured recitalist at the American Guild of Organists Regional Conventions (2015, 2019). At the invitation of Jean Guillou, Zhao played a solo recital in Paris at the Saint-Eustache Festival d’orgue, 2011. As an ensemble player, he has performed concerts with the Los Angeles Philharmonic under the baton of Gustavo Dudamel and Zubin Metha. He was also invited by the LA Phil to play in their Chamber Music Series at Walt Disney Concert Hall. His performances can be heard on National Public Radio (Pipedreams).
.
Zhao has transcribed over 50 pieces including solos, concertos, and chamber music. In addition, pop music arrangements for piano in 15 volumes were published by Publishing House of the Central Conservatory of Music, Beijing. His commissioned work, transcription of Prokofiev’s “The Love for Three Oranges” for three organists (six hands, six feet, one bench) was premiered by Cherry Rhodes, Alan Morrison, and Ken Cowan in 2017. It was recognized as a landmark work in the organ world. His commissioned work by the American Guild of Organists West Regional Convention, transcription of Stravinsky’s “Fire Bird” for three organists has transfixed audiences and colleagues, and was premiered at the 2019 Convention.
.
Zhao also plays the Electone Organ (which features orchestral and newly developed electronic sounds). He was the first Chinese to win the 43rd Yamaha International Electronic Organ Competition (2007) which is recognized as the most significant of its kind in the world. He went on to become a leading performer of international stature. Among numerous performances, he was selected to perform as soloist at significant celebrations, such as the National Day of China, and the World Economic Forum Summer Davos.
.
Born in Tianjin, China, Zhao came to the United States in 2009 to pursue study of the pipe organ with Cherry Rhodes at the University of Southern California, Thornton School of Music, where he received the Doctor of Musical Arts degree. He is currently Director of Music and Organist-Choirmaster at All Saints Episcopal Church in Pasadena, California where he conducts two 50-voice adult choirs.

.
Revelations of Saint John the Divine for Organ and Electronic Tape – Larry King (1932-1990)
.
I am the Alpha and the Omega, who is and who was and who is to come. —Revelation 1:8
.
I looked, and behold, there was a great earthquake; and the sun became black as sackcloth, the full moon became like blood, and the stars of the sky fell to the earth, as the fig tree sheds its winter fruit when shaken by a gale; the sky vanished like a scroll that is rolled up, and every mountain and island was removed from its place. Then the kings of the earth and the great men and the generals and the rich and the strong, and every one, slave and free, hid in the caves and among the rocks of the mountains, calling to the mountains and rocks; “Fall on us and hide us from the face of him who is seated on the throne, and from the wrath of the Lamb; for the great day of their wrath has come, and who can stand before it?” — Revelation 6:12—17
.
The dwelling of God is with his people. And he will wipe away every tear from their eyes, and death shall be no more, neither shall there be mourning nor crying nor pain any more, for the former things have passed away. — Revelation 21:3B—4
.
Performed as one movement, this work has three sections based on biblical texts from The Book of Revelation of St. John the Divine.  This work is dedicated to and was written for Cherry Rhodes to be premiered at the 1984 Annual Conference of the Association of Anglican Musicians held in Pasadena, California. Included on the tape are synthesizer sounds that were composed and performed by Dr. King. At the end of the composition, one hears the recorded bells of Trinity Church, Wall Street in New York City.
.
Organist and Music Director of Trinity Church, Wall Street from 1968-1989 Larry King was the sixteenth organist of this historic parish, which was chartered by King William II in 1696.  During Dr. King’s trailblazing leadership, his innovative music program became known throughout the United States and Europe.  He was one of the first church musicians to utilize rock ensembles, synthesizers, percussion instruments, and lighting effects, along side traditional music.  Included in a long list of choral and organ compositions performed throughout the United States, is the brilliant score for the 1984 presentation of The Glory of Easter commissioned by the Crystal Cathedral in California.
.
A native of California, Dr. King held degrees from the University of Redlands in California and Union Theological Seminary (Master of Sacred Music) in New York City.  In 1990, General Theological Seminary in New York City awarded Larry King, posthumously, a Doctor of Divinity degree, honoris causa, for his distinguished contribution to church music.  Fortunately, he knew about the plans for this honor that he so richly deserved. (Cherry Rhodes)
.
Symphony in the Teapot – Qi Zhang (b. 1984)
.
“With their pure fresh aroma, the tea leaves meet the steaming water that gurgles down into the purple clay teapot. The leaves begin to dance a mystic step, sing a historical song, and celebrate a great time with their best friends. From commonplace tiny sticks, they are reborn as beautiful elves. They stretch their bodies, roll down to the bottom, and float up to the lip of the teapot. Affected by their happiness, the water utters a sweet, elated and joyful whisper. The story can be smelt, observed and felt by hearts.” Inspired by the Chinese history and culture of tea, I composed Symphony in the Teapot in 2005. Because there were very few pipe organs in China, this work was originally written for Electone Organ, an electronic instrument featuring orchestral and newly developed electronic sounds. In 2009, at the suggestion of Cherry Rhodes and Jean Guillou, I arranged this piece for pipe organ and played the European premiere in Église Saint-Eustache in Paris. (Qi Zhang) 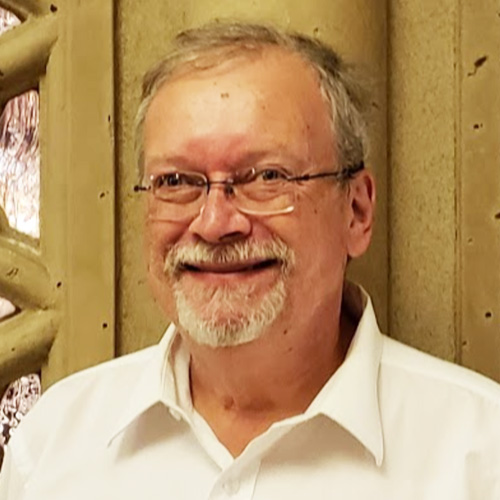 Edward Murray has had an active and varied career as organist, harpsichordist, director, and church musician. Presently serving as interim organist at the Cathedral of Our Lady of the Angels, he previously served for many years as organist and director of music at Wilshire Boulevard’s historic Immanuel Presbyterian Church.
.
As a young organist, he was a prize winner in numerous national and international competitions, notably the AGO National Young Artists competition, the Ruth and Clarence Made Scholarship Fund competition, the Fort Wayne national competition, the Deuxième Concours Suisse, and the Geneva competition. He has performed area premieres of works by Petr Eben, Daniel Pinkham, Libby Larsen, David Diamond, and others, including the monumental “Livre du Saint Sacrement” Olivier Messiaen and first Organ Concerto #1 by Stephen Paulus at Spreckels Organ Pavilion. Other notable appearances include complete performances of Bach’s Leipzig Chorales and Art of Fugue at various regional venues. He has also been featured at conventions of the AGO and Organ Historical Society.
.
In demand as an accompanist, he has appeared with numerous choirs including the Pasadena Chorale, I Cantori, Pasadena Classical Singers, and the Millennium Consort under the direction of Martin Neary with whom he made his Walt Disney Concert Hall debut. As harpsichordist, he was well known for his many appearances with the Los Angeles Baroque Orchestra and also performed with Musica Angelica, American Bach Soloists, and the Los Angeles Chamber Orchestra. Noteworthy collaborations have been with flutist Paula Robison and violinist Monica Huggett. Furthering his passion for the music of Bach, he gave complete performances of Clavierübung Part II, Art of Fugue, Well-Tempered Clavier Book I, and numerous performances of the Goldberg Variations including one at the Ventura Chamber Music Festival. Additionally he directed several seasons of Bach cantatas with the Los Angeles Bach Society. He continues to practice at least one Prelude and Fugue from the WTC daily. Always on the lookout for new musical adventures, he constantly explores the byways of the repertoire in search of hidden gems. 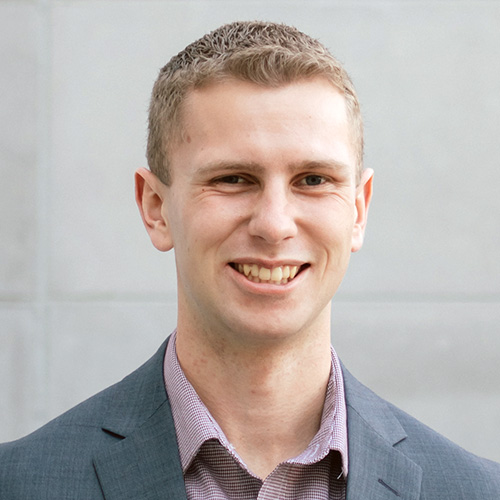 Equally at home on the podium or at the keyboard, Collin Boothby is a prize winning organist and conductor. He concurrently serves as the Assistant Organist/Choral Director at All Saints’ Episcopal Church in Beverly Hills, CA and as the Organist/Choirmaster at Congregation Beth Israel in Houston, TX.
.
Collin has performed in notable venues across the United States including the Washington National Cathedral, St. Mark’s Cathedral, Seattle, Christ Church Cathedral, Houston, and the Co-Cathedral of the Sacred Heart, Houston. A partnership between Rice University and the Hochschule für Musik und Theater in Leipzig, Germany saw Collin perform and study on many significant historic instruments in Saxony including the Thomaskirche, Nikolaikirche, and the “Schweinefleisch-Mendelssohn” organ in Leipzig in 2018 and 2019. As a collaborative artist, Collin has appeared with the Shepherd School Symphony Orchestra, the Ken Davis Chorale, the TCU Wind Symphony, and the Fort Worth Choral Society.
.
While currently pursuing a DMA in Sacred Music from the University of Southern California, Collin previously earned a Master’s degree in organ performance from Rice University. He graduated summa cum laude from Texas Christian University in 2016 with a BM in Church Music and distinction as an Honors Laureate. At TCU, he was named the Presser Scholar (2015). During high school he completed an Associate in General Studies degree from Olympic College.
.
For the American Guild of Organists, Collin currently serves on the Committee for Conventions at the national level. He previously sat on the Houston Chapter Concert Committee and was the Publicity Chair for the 2015 Fort Worth Regional Convention.
.
Collin currently calls Santa Monica, CA home, where he lives with his partner, Jessica, and their dog, Finn.